Home news Reason, United States is The Strongest Country in The World during the Cold War

Reason, United States is The Strongest Country in The World during the Cold War

What exactly was the cold war? This era is called the cold war which is a competition between the ideologies of the United States and the Soviet Union in order to fight for the influence of other countries. It's just the difference, the cold war did not involve attacks from the military like the two world wars that occurred before.

The cause of the cold war was of course the impact of the two countries, namely the United States and the Soviet Union, which competed in terms of economy, politics and propaganda. Well, on this occasion we will try to discuss the reasons behind the United States of America being able to have a strong and broad economy so that it is able to project it globally and exert its influence on other countries globally. 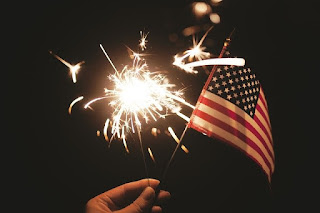 Did you know, since the early 20th century the United States has become a major power in the world economy. Although as we know this country was also hit by a state of economic crisis or a severe depression in 1929, the United States proved to be able to bounce back with policy encouragement in the mid-1940s.

At that time America was again a source of defense equipment procurement for the allies. So that at the end of World War II, this country finally managed to emerge with a new power. Interestingly, this country has become a creditor of loans to European countries that experienced the impact of World War 2, especially parts of Western Europe.

From here the development of the US continued and increased rapidly when world war 2 broke out, besides that the US defense industry continued to soar. America also continues to spend funds for the benefit of developing countries that are still stemming the influence of the Soviet Union. America also prevented these countries from falling under the influence of communism.

What was the purpose of the cold war between the Soviet Union and the United States? Of course, the purpose and objective is politically to equally influence and spread its ideology and the power of capital it has. It is also a political tool that shows which superpower deserves to survive.

In Indonesia, political infiltration occurred during the Permesta rebellion. The change in the political attitude of the United States which became friendly and warm, even though it was only temporary, was a sign that revenge would come and was further proven when Indonesia under the Soekarno government experienced problems in the event that we know as the G30SPKI.

The United States saw an opportunity to overthrow the Soekarno government until finally on March 11, 1966 Sukarno was replaced by Suharto. It was proven at that time that Indonesia which previously tended to the left became dominant to the right.

This was done by America because it was considered that if a country succeeded in joining the communists, other countries would follow suit. In addition, America also runs a containment policy that stems from the spread of communism.

Meanwhile, in the field of technology, the United States of America also experienced a number of rapid improvements after the end of World War 2. In particular, US technology experienced advanced developments during the Cold War era. Interestingly, the US managed to become the first country to succeed in making a nuclear bomb which was developed between 1942 and 1946 with its secret program, the Manhattan Project.

Did you know that America is also the only country that uses these weapons during the war. For example, during the bombing of Hiroshima on August 6, 1945 and also Nagasaki on the 09th of the same month and year. At that time America succeeded for 4 years to carry out a monopoly on nuclear weapons before the Soviet Union finally broke it with its first nuclear test in 1949. This is where the nuclear arms race began.

Furthermore, in the social field, the United States held a number of market forces including entertainment, social and cultural during the cold war. One of the characteristics that prove it is the power of American entertainment, namely Hollywood.

This entertainment includes its interests, namely to form public opinion in society. The growing social and cultural development of America has resulted in symptoms of westernization or westernization so that it refers to western development. This power is indirectly able to maintain America's superiority as a world power.

This is the updated information that discusses the reasons why the United States was called the strongest country in the world during the cold war. The US has become the main power until now, its influence almost dominates all fields, including the security and defense sector. For more complete information about lessons related to history, you can see it at around Mimpie.blogspot.com